Ever Wanted to Ride a Tank?

Awe. Inspiration. How would you feel if you were able to ride a tank?

When you hear all-inclusive resort, huge military vehicles probably aren’t the first thing to come to mind. But maybe the most unique of our weekly activities is a military-themed version of our Just for Fun Rides.

Every Monday night, guests of all ages are invited to enjoy our special fleet of military vehicles, including a 6×6, Jeep, Humvee, Gama Goat and yes, a real tank. We’ve acquired our fleet of seven vehicles over the years by working with various collectors all over the country, and even finding a few on eBay. All you need to do is hop in, and we’ll do the rest! We have special courses lined up for each vehicle, including paths through the woods, mud and some thrilling bumps.

It’s a way to feel the true power of these large vehicles – for many guests, for the first time – to feel connected to our veterans and those who are serving overseas, and to spark your children’s imagination for future play. Come on out, wear your camouflage and rumble around the Sunny Hill grounds in the picturesque Catskill Mountains. The memories are yours to make!

More about our fleet:

An M561, amphibious vehicle, our Gama Goat was used in active duty in Vietnam.

Originally a 1015A1, our tank was an electronic weapons platform used in the first Desert Storm. After we acquired it, we converted it into an M548, a cargo carrier.

Our Jeep is a 1961 M37 that was used by a fire department in Connecticut as a brush buggy.

A two-and-a-half-ton truck also known as, “The Whistler Turbo,” our 6×6 is a 1971 M35A2 that was originally used for the Connecticut National Guard.

Our most recently acquired vehicle, this massive M923A2 truck was used by the U.S. Army in the early 90s.

Our 1961 Mercedez-Benz Unimog is an all-terrain vehicle that served the French military.

Experience the thrill of riding through the Catskills on our fleet of military vehicles! 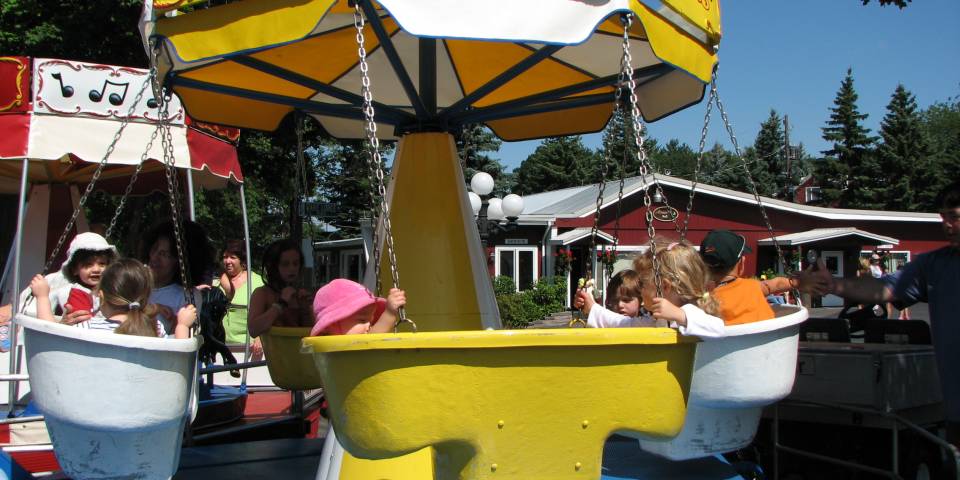 Kids of ALL ages love to ride on our trains, trucks, tanks, and carnival rides!